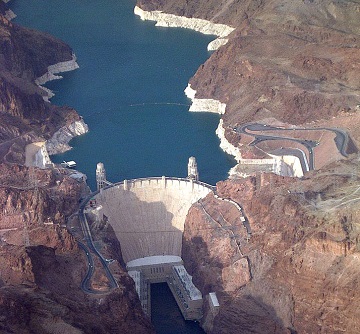 Figure 1. The reservoir behind the Hoover Dam is called Lake Mead.[1]

A hydroelectric reservoir is a large collection of water behind a hydroelectric dam that makes use of potential energy of water for generating electricity.This water is held back by the dam and a small amount is allowed to fall down the base of the dam to generate electricity when it is needed.[2] These reservoirs are one type of water storage that is especially important to hydroelectricity.

The water in the reservoir of a hydroelectric facility is held at a higher elevation on one side of the dam than the other. The elevation of this water is known as the hydraulic head. Usually measure in units of meters above sea level (masl), hydraulic head is one of the major factors in determining how much electricity can be generated by a given dam. This is because the water, held at a higher elevation, has a certain amount of potential energy that is converted into the rotational motion of turbines as it falls and spins the turbines blades. The higher the water is, the more potential energy it has and thus the more electricity can be generated. The fact that this water is held up in a reservoir means that it flows through the penstocks effortlessly under the force of gravity when gates are opened, which allows the amount of electricity being produced to vary quickly to match demand.[3]

Although necessary for large-scale hydro projects the creation of reservoirs can have negative environmental effects. The transformation of the river upstream of a dam into an artificial reservoir drastically changes the habitat of aquatic organisms. In this reservoir there are changes in water temperature, chemical composition, and reduced oxygen levels (known as hypoxic conditions) which lead to environments unsuitable for aquatic life that previously inhabited the river ecosystem. Most reservoirs host non-native and invasive species such as algae and snails, harming the ecosystem further.[4]

Land that is covered when a reservoir forms contributes to greenhouse gas emissions, primarily methane. When previously uncovered land is transformed into a reservoir environment, organic matter from vegetation rots, producing methane. These greenhouse gas emissions are harmful to the environment, and contribute to climate change.[5] The emissions from hydroelectric facilities do tend to be lower than emissions from the combustion of fossil fuels though. The environmental impact of hydroelectric reservoirs has partly contributed to growing interest in small-scale hydropower systems such as run-of-the-river hydroelectricity[6].