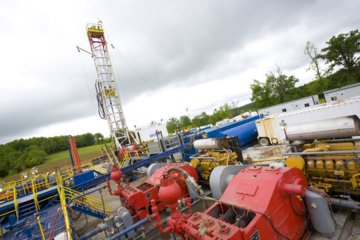 Figure 1. A portion of a coal plant used for carbon capture.[1]

Carbon capture and storage, sometimes referred to as carbon capture utilization and storage (CCS and CCUS respectively), is a process that can take up to 90% of the carbon dioxide emissions produced from the use of fossil fuels in electricity generation and put them underground or under the ocean or use them for some deliberate purpose.[2] This prevents the carbon dioxide from entering the atmosphere, reducing the impact these emissions have on global warming and the enhanced greenhouse effect.

Capturing carbon dioxide is practical only for large, stationary sources such as power plants. Capturing carbon from mobile sources such as vehicles is not practical. It is also impractical with smaller point sources, such as home heating systems as they do not have as large an impact. Although carbon capture does reduce the overall carbon dioxide released into the atmosphere, these large stationary carbon sources amount for only half of global CO2 emissions.[4]

Carbon dioxide capture can begin before combustion even takes place. A pre-combustion method of removing CO2 involves converting the fuel into a mixture of hydrogen and CO2 through gasification, a process also used to make town gas.[2] This heated mixture of hydrogen and carbon dioxide is then treated in a catalytic converter, which produces more hydrogen. Finally, this mixture is fed into a flask and the gases begin to rise. An amine is added which binds with carbon dioxide, causing it to fall in the flask while other gases rise. This is how the carbon dioxide is collected.[3] The hydrogen that is produced through this gasification process can be used as a fuel for electricity generation and the carbon dioxide is captured.

This type of capture is less expensive than using post-combustion capture, although plants cannot be retrofitted to allow this process. This process prevents 80 to 90 percent of carbon dioxide emissions from entering the atmosphere.[3]

Carbon dioxide is captured from the flue gases from combustion by using a solvent to absorb it. These flue gases include water vapour, sulfur oxides, and nitrogen oxides. The carbon dioxide is freed from the solvent by heating it after capture, leaving a concentrated stream of CO2.[3]. It is then compressed for transportation. This process is beneficial as older plants can be retrofitted with the machinery needed to trap the carbon dioxide as it moves out the smokestack. CO2 can also be separated from exhaust gases through high pressure membrane filtration or cryogenic separation.[2]

These separation techniques prevent 80 to 90 percent of a power plant's carbon emissions from entering the atmosphere. However, these processes require significant amounts of energy.[3]

Generally, captured carbon dioxide is not disposed of on-site at the power plant. Instead, the CO2 must be transported over a distance to some secondary disposal site. There are several options for how this distance can be traveled, but pipelines, tankers, or ships are options that are used frequently.[2] The pipelines used to transport the carbon dioxide are the same as those used to transport natural gas and oil to consumers. Although pipelines can transport carbon dioxide in gaseous, liquid, or solid form it is not cost-effective to transport solid CO2. Gaseous transmission is the most common method, and compressors are used to push the gas through the pipeline.[3] Any transportation method is subject to health and safety regulations to prevent carbon dioxide in transport from being released into the atmosphere.

One benefit of using pipelines is that accidents related to pipeline use are rare. 12 leaks occurred from 1986 to 2006 with no human injuries. This could be partially attributed to the fact that there are not many strictly CO2 pipelines that are in use, and accidents are likely to increase as the number of pipelines increases.[3]

Former oil and gas fields can be used as places to store this carbon dioxide, and sometimes injecting carbon dioxide into these partially depleted formations can result in more oil being recovered. In the long term, deep saline aquifers could be used to store carbon dioxide, but they have been studied less and are not understood as well.

Although carbon capture can prevent carbon dioxide from entering the atmosphere, there are also concerns associated with the practice. One issue is that the ability to capture and store carbon dioxide could prevent industry from attempting to reduce CO2 emissions as it can just be "grabbed" later. In reality, carbon capture must be used in addition to emission-reduction efforts.

As well, current carbon capture technology requires a lot of energy to run, and the transport of the captured CO2 likely relies on fossil fuels.[3] The use of these fossil fuels, which release carbon dioxide, seems almost counterproductive (although more CO2 is captured overall than is released). Another concern is the investment required to create a power plant that uses carbon capture.

The biggest concern with carbon capture and storage is the environmental risk, mainly associated with the possibility of carbon dioxide release. One problem is that since the process of carbon storage is so new, the long-term effects cannot be properly assessed. While leaks are a concern, advocates say that a number of storage sites have been in operation for nearly a decade without detectable leakage. Carbon dioxide being released into water is also an issue, as excess CO2 the acidity of the water which can harm marine life.[3] Detractors point to the Lake Nyos disaster in Cameroon where there had been a natural build up of carbon dioxide that was released suddenly killing many people as an example of how carbon sequestration can go wrong.