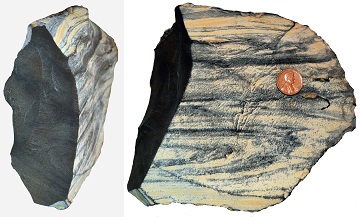 Figure 1. Handsample of shale that shale oil is extracted from.[1]

Shale oil, also called tight oil, is a type of oil that can be extracted by heating and upgrading kerogen trapped within shale formations - arrangements of fine-grained sedimentary rock. This type of oil resource is classified as an unconventional resource as the process of obtaining oil from these formations requires specialized processes. Shale is a common sedimentary rock composed of clay and fragments of other minerals.[2] Shale that oil can be extracted from contains a large amount of kerogen, and is known as oil shale.[2] This shale containing kerogen is essentially a precursor to oil or natural gas, as with increased pressure and a longer time period it could eventually become oil or natural gas.[2]

The formation of shale oil begins the same way that conventional oil forms, but along the way the process differs slightly. After small aquatic organisms such as phytoplankton and zooplankton die and are layered beneath sediment, the remains are subject to high temperatures and gravitational pressure. However, the conditions that otherwise would create conventional liquid petroleum were weaker and not as long-lasting. This resulted in the last step of conversion to liquid to be complete, which led to the creation of kerogen, not oil.

Currently, oil shale isn't produced on a large scale as a result of the expensive processes needed to extract and upgrade the material and the potentially significant environmental effects when compared to conventional drilling.

The process of extracting shale oil is much more difficult than the process of extracting liquid crude oil from conventional wells. Oil shale must be first extracted from the ground with either underground or surface-mining methods. After the process of extraction is complete, oil shale undergoes a process known as retorting.[3] During retorting, the shale containing the oil undergoes a process of pyrolysis to convert the oil into a liquid that can be removed more easily. This pyrolysis - which takes place in a vessel known as a retort - is simply a process of exposing the rock to high temperatures without oxygen being present. This results in a chemical change in the rock. The kerogen - which is the fossil fuel trapped in the shale - liquefies and separates from the rock as an oily substance.[3]

The oily substance extracted from the kerogen at this point is not actually crude oil. The substance obtained from the pyrolysis must undergo a refining process to change the substance into a synthetic crude oil that can be used.[3]

One of the main environmental concerns associated with the extraction of shale oil is that the additional steps of retorting and refining have more of an impact on the environment. These two additional steps are required to convert the kerogen in the oil shale into synthetic crude oil, and these steps are not necessary for traditional liquid oil.

Water use in shale oil extraction is of concern, as it requires more water to extract shale oil than traditional oil. It requires two barrels of water to produce a single barrel of shale oil, and if there is not significant water treatment processes after the water is used the salinity of the water is greatly increased. If this saline water is released into the environment, it can disrupt the balance of ecosystems and cause significant ecological damage.[4] This could include a decrease in local biodiversity.

The greenhouse gas emissions related to shale oil are also a concern. The process of heating the shale during retorting requires a significant input of energy, which is at least partially supplied by fossil fuels. This results in an associated amount of greenhouse gases - including carbon dioxide - being released in the extraction process of shale oil. These emissions are higher than emissions from conventional crude oil production and refining.[4][5] Most of the greenhouse gas emissions from oil comes from the combustion of the oil products during their use, regardless of the original source of oil (products like gasoline, kerosene and diesel).

Another potential environmental issue is the disruption of land and movement of rock involved in oil shale extraction. For a single barrel of shale oil, there is about 1.2 to 1.5 tons of rock that are moved and disturbed.[4] Spent shale can be disposed of in surface impoundments or in previously mined areas, but the movement of this shale is still a concern.[3] An alternative that would remove this environmental impact would be the in situ extraction of shale oil. This process is known as an In Situ Conversion Process, and in this process the rock is undisturbed. Instead, holes are drilled into a shale formation and the shale is slowly heated - causing the kerogen to leak out. The liquefied kerogen can then be pumped to the surface.[3]