Figure 1. Silicon is a type of semiconductor that is used frequently in solar panels.[1]

A semiconductor is an element or compound that conducts electricity under some conditions but not others. This property of being neither a good insulator nor a good conductor makes semiconductors useful for controlling electric current. The electrical conductivity of a semiconductor depends on a variety of conditions, including applied voltage or current, or the intensity of the infrared radiation, ultraviolet radiation, or visible light on the surface.[2] This is why semiconductors are used to make photovoltaic systems.

There are many different elements that are semiconductors. Since these materials are neither prone to losing electrons (generating free electrons) nor gaining electrons, their valence shells tend to contain four electrons. Elemental semiconductors (materials with only one element) include antimony, arsenic, boron, carbon, germanium, selenium, silicon, sulfur, and tellurium.[2] Silicon is the best known of these as they form the basis of a large number of electric circuits.

The fact that semiconductors have four electrons in their valence shell means they form "perfect" covalent bonds with four neighbouring atoms. This creates a crystal lattice structure. In this pure lattice, no free electrons can conduct current. Because of this, a true semiconductor is formed when there are impurities in some crystal structure, and it is these impurities that give the material its distinct properties.[3]

Along with these properties, semiconductors tend to have a high number of atoms per unit volume. 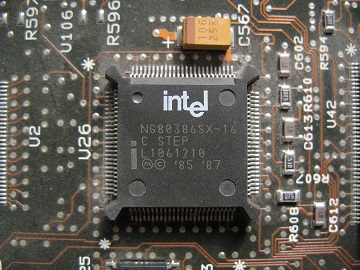 Diodes are the simplest devices that can be made with semiconductors. In diodes, current is able to flow in one direction but not the other. This device is formed when a P-type and an N-type semiconductor are put together. The combination of these semiconductors does not itself conduct electricity. Instead, negative electrons from one side are attracted to the positive terminal of a battery and current can flow when a battery is attached. However, if the battery is flipped and hooked up in the opposite direction, no current flows because there is no movement of electrons across the P-N junction because the electrons move straight through the wire to the battery instead of crossing the gap.[3] For more in-depth information on the operation of diodes, click here.

Diodes are used in many circuits, as well as being a component of light emitting diodes that are being used more and more in residential lighting. Another major use of a P-N junction and semiconductors is in photovoltaic cells, the main component of solar panels. These solar cells are what allows solar energy from the Sun to be converted into electricity.

Transistors are used widely in microprocessor chips, and are found in cell phones and computers.