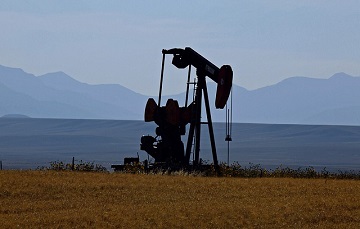 Figure 1. A pump jack is used to extract oil from a well.[1]

In general, oil is a liquid that is made up of organic molecules. However, in the context of the world's energy sector oil, or more specifically, crude oil is the liquid fossil fuel that is extracted from the ground. Roughly 1/3 of the world's primary energy comes from this primary fuel. Chemically, oil is composed mainly out of carbon and hydrogen with other trace elements. Since oil is made mostly out of carbon and hydrogen atoms, it is known as a hydrocarbon (although from a chemical standpoint, it's often not a true hydrocarbon).[2] The specific chemical makeup of crude oil can vary drastically depending on where it was drilled and under which conditions it was formed.[3]

Oil formed millions of years ago when living organic matter died and was buried before it could be decomposed in the presence of air. This locked the carbon underground where heat and pressure led to chemical and physical changes. These changes, over long periods of time, transformed the once-photosynthetic energy from the Sun into the energy stored in the oil itself.[4] Because oil is the main liquid component of petroleum, it is referred to as a petrochemical. 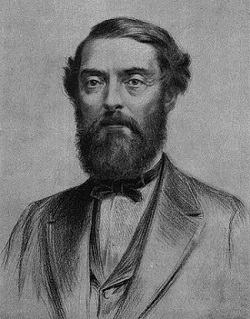 Oil has been used extensively through history, even when not being used to fuel vehicles or generate electricity. Historically, oil was used as a waterproofing agent and in some medicines, but was found only in natural seeps where the oil came above ground.[2] On August 27, 1859 oil was pumped out of the ground for the first time by Edwin Drake in Pennsylvania and thousands of wells have been drilled since.[6] Initially, most oil was turned into kerosene and used as fuel for lamps, but over time it grew to be used for fuelling cars and generating electricity.

Conventional oil is held beneath the ground in traps or reservoirs, held in the tiny pore spaces of porous and permeable rock. Unconventional oil, primarily shale oil is held tightly in non-permeable shale deposits and thus more difficult to extract, requiring hydraulic fracturing to access. Generally, extraction requires a well that is drilled into a reservoir containing crude oil. The well can be vertical, directional, or horizontal depending on how much access to the deposit is needed. Directional and horizontal drilling allows more of the well to be in the deposit itself, increasing the flow of the oil.[7] After this, the oil is extracted and refined. It can be distilled or undergo hydrocarbon cracking to create products and fuels that will be useful.

Oil is used for many different things, and is used extensively for transportation. Some ways that oil can be used either before or after refining are:[8]

Some of these uses require more refining of crude oil to become useful, but they all utilize oil in some way. According to the EIA, the majority of oil usage in the United States is from transportation (through the use of gasoline and diesel) accounting for 2/3 of all the oil used.[8]

Oil is particularly useful as a fuel because of its high energy density. As previously mentioned, the original energy source of oil is the Sun, as the energy stored within dead organic matter is what creates crude oil over time. When burned in the presence of oxygen, oil undergoes a hydrocarbon combustion reaction, creating carbon dioxide and water vapour. The energy released during combustion is dependent on the energy density of the specific substance undergoing combustion. Crude oil has a relatively high energy density, with 1 kilogram of crude oil containing [math]5.3 \times 10^7 J[/math].[9]

Although oil is currently an extremely important fuel, the production of carbon dioxide through the combustion of crude oil and its refined products is contributing to climate change. In addition to carbon dioxide and other emissions produced during the burning of oil products, the production, transport, refining, and drilling processes all have their own associated environmental impacts. Some chemicals produced contribute to smog, while others are greenhouse gases that contribute to the warming of the Earth.[10] Some of the more harmful pollutants include NOx and carbon monoxide. Atmospheric emissions are not the only issue, as the destruction of land used during extraction and the possibility of an oil spill can destroy potentially significant ecological areas.

Oil is used extensively worldwide, and the graph below can be used to determine which regions use the most or least oil products.