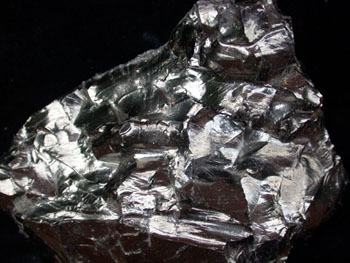 Figure 1. A photo of Anthracite coal, which is a fossil fuel.[1]

Fossil fuels are fuels made by geological processes acting on ancient dead organisms. These dead organisms were buried hundreds of millions of years ago. The world gets roughly 5/6ths of its primary energy from fossil fuels, and this use leads to climate change. Fossil fuels are not considered a renewable energy source because they cannot be reproduced at the rate they are consumed. However, the world has enough left to last for a long time, which misleads people to conclude fossil fuel use (especially natural gas) is sustainable. Unless carbon capture and storage technology is developed and deployed, the consequences of burning these fossil fuels will be disastrous, making their use unsustainable.

Fossil fuels include: coal, oil, and natural gas; and in some contexts can include peat. Chemically these fuels are mainly composed of carbon and hydrogen with some oxygen, nitrogen, sulfur and a host of other smaller elements.

The vast majority of the biomass that turns into fossil fuels was photosynthetic. This implies that the energy in fossil fuels initially came from the sun, so fossil fuels are a long term store of solar power. These dense supplies of energy provided dominate global primary energy consumption.[2] The world uses fossil fuels for everything from generation of electricity to home heating, to making transportation fuels (see transportation energy use).

Burning fossil fuels releases carbon and hydrogen compounds that combine with oxygen from the atmosphere to form carbon dioxide and water vapour in a process called combustion. In addition to greenhouse gasses, fossil fuels cause other pollution as well, including but not limited too: NOx, SOx, particulate matter (PM), volatile organic compounds (VOCs), carbon monoxide (CO) and mercury. There have been tremendous improvements in the environmental impacts of fossil fuels with more stringent pollution control measures being put in place in response to legislation. By far the biggest concern about using fossil fuels is the impact on the climate. The large amount of carbon dioxide released by burning fossil fuels is causing changes to the Earth's climate. There are a number of other environmental concerns beyond the burning of these fuels, especially during their excavation-habitat destruction, biodiversity loss, and water pollution - to name a few.