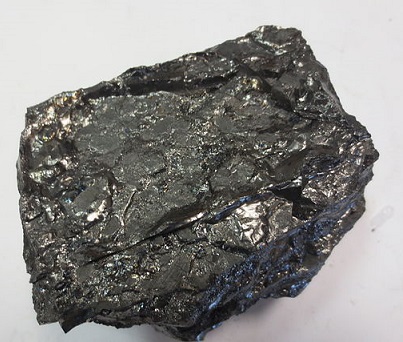 Figure 1. A lump of anthracite, the highest grade of coal.[1]

Coal is a rock formed from the decomposition of plant life. It is primarily composed of carbon, with many other trace elements. Coal's high energy density and extensive reserves found in nature make it useful as a fuel for electricity generation in coal-fired power plants, and in some places, heating.[2]

Coal is considered low-cost in that to build a coal fired power plant, extract coal from the ground and to burn it does not cost a company as much as other fuel processes (because of the externalities that it ignores). Coal is also plentiful; there is a large reserve globally. This has lead to the people burning a lot of coal for centuries, which we continue to do today.

Coal formation began several hundred million years ago (check out chronozoom) under environmental conditions vastly different than the ones present today. Acidic waters slowed the decay of organic matter and allowed this dead organic matter, mainly plankton, to accumulate in layers. The old material was then pushed deep into the ground while being covered with sediment and eventually formed into a crumbly brown material referred to as peat.[3] This peat contains some of the energy that was generated by photosynthesis when the plants were alive.[4] Geological processes buried this peat further, the high pressures and temperatures caused material to lose much of its hydrogen and oxygen atoms, resulting in a carbon rich material referred to as coal. Major types of coal include anthracite, lignite, sub-bituminous and bituminous coal.[5] The type of coal is a function of where it is formed and how far evolved it is, anthracite and bituminous coal are the most developed types of coal and are therefore almost entirely composed of carbon.

Coal has been used as an energy source for nearly 2000 years. For example, coal was widely used for home heating in early 17th century England. But the Industrial Revolution dramatically increased the demand for coal. Specifically, James Watt's improvements to the steam engine made coal useful for doing work. By the 1830's coal mining was a booming industry in the eastern United States with coal supplied for industry and steam locomotives on newly developed rail roads.[6] In 2010 coal accounted for 9.2% of Canada's primary energy production. Coal in the modern world is the most widely used and abundant fossil fuel. Coal exhibits a 109 year reserve to production ratio (as of 2012).[6] The total amount of coal reserves is approximately 1012 tonnes, the United States is home to the largest individual coal reserves.[6]

The ultimate energy source of coal is the sun because the energy stored within dead plant matter is what yields coal.[4] Coal is burned in the presence of atmospheric oxygen. This increased temperature allows a chemical reaction between the fuel (carbon in the coal) and the oxygen in the atmosphere to occur which forms Carbon dioxide (CO2). Since coal also contains hydrogen atoms the combustion will form some water vapour as a product (H2O). The production of CO2 is leading to climate change, however it is the production of CO2 that makes coal such a useful fuel. CO2 represents the lowest possible energy state of a carbon atom in Earth's oxygen containing atmosphere, therefore the transition from the fuel (carbon in coal) and atmospheric oxygen into CO2 allows for the maximal amount of energy to be extracted from the fuel. The energy content of coal varies along with its maturity (older is better), as seen in the table below anthracite has the highest energy content of all the coal types.

Coal mining presents serious health risks to the miners directly involved. These risks include black lung and coal worker's pneumoconiosis disease, which are caused by long term exposure to coal dust. Aside from human health effects, coal mining presents serious consequences for the environment. The burial of streams, alterations to natural water flows, water pollution, additional erosion, and acid run-offs to surface waters are just some of the potential effects. In 1977 the United States Surface mining control and reclamation act was put into action, it mandates that strip mined land must be returned to it`s original biotic productivity.

Like all fossil fuels, coal emits carbon dioxide when it is burned. In fact, coal is responsible for more historical emissions of carbon dioxide than any other fuel. Additionally, most coal also contains large amounts of other elements, like sulfur, mercury, and sometimes lithium.[7] Burning coal also causes the formation of both NOx and SOx.

Interactive Graph for coal use